With MERSİS, trade in Turkey will turn to more easy and faster said Minister Canikli, that a country is an important step towards making it the safest way to do; "MERSİS system, the commercial registration transactions are conducted electronically, and can be saved, trade registry records and registration and regularly as storage of content that should be declared is a system that is also presented in an electronic environment.

In the E-Government system, which is an important part of MERSİS system; company setup can be done through the system, record transactions can be done online, lost or stolen identity,

the company will be established, with instant data analysis and reporting can be done and effective public policies that can be created with this analysis. Currently the entire 238 Trade Registry Office can be served on the MERSİS. So far, a total of 402 thousand 456 operations were performed, the number of registered users has reached to 221 thousand 258 on MERSİS "he said.

Minister Canikli also thanked the Mersin Chamber of Commerce and Industry that supports the development of the project.

Foundations of MERSİS' were laid in 2006 as a pilot project located in Mersin Chamber of Commerce and Industry and since 2008 it has been carried out within the Mersin Trade Registry Office. All transactions are carried out in conjunction with the development of the project MERSİS System Since 2010. The execution of this task is undertaken by the success of our chamber and in the process due to the support given MTSO President Şerafettin Aşut Mersin Trade Registry Manager Halis Cakir were given a plaque by the Minister Canikli. 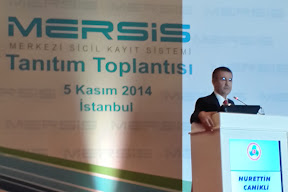 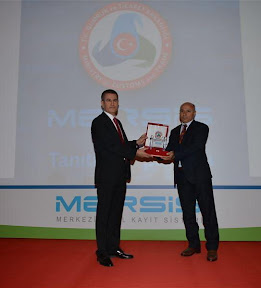 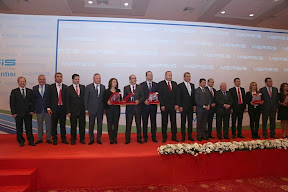 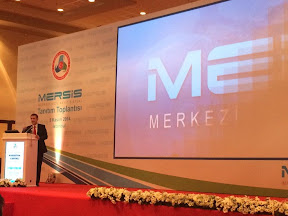